No doubt the old spinning hard drives are the main bottleneck of any Linux PC. Overall system responsiveness is highly dependent on storage drive performance.

So, here's how you can clone HDD to SSD without re-installing the existing Linux distro and now be clear about few things.

Of course it's not the only way to clone linux from HDD to SSD, rather it's exactly what I did after buying a SSD for my laptop.

This tutorial should work on every Linux distro with a little modification, depending on which distro you're using, I was using Ubuntu.

As you're going to copy files from the hard drive to the SSD. So you need to attach the both disk at the same time on your PC/Laptop.

For desktops, it's easier, as there's always at least 2 SATA ports on the motherboard. You've just have to connect the SSD to any of the free SATA ports and you're done.

On laptops it's a bit tricky, as there's no free SATA port. If the laptop has a DVD drive, then you could remove it and use a "2nd hard drive caddy". 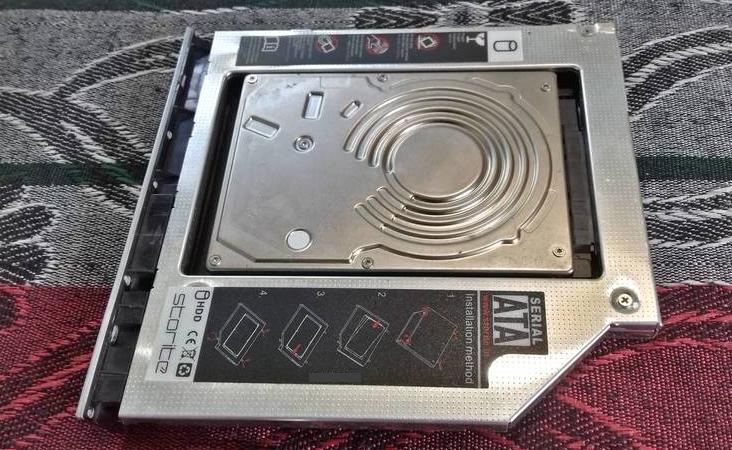 It could be either 9.5 mm or 12.7 mm. Open up your laptop's DVD drive and get a rough measurement.

But if you don't want to play around with your DVD drive or there's no DVD at all, use a USB to SATA adapter.

Preferably a USB 3 adapter for better speed, like this one. However the "caddy" is the best you can do with your laptop.

You'll need a bootable USB drive for letter steps, booting any live Linux distro of your choice, I used to Ubuntu.

You could use any method to create it, the dd approach will be the simplest. Here's detailed the tutorials, with MultiBootUSB and here's bootable USB with GRUB.

Create Partitions on the SSD

After successfully attaching the SSD, you need to partition it according to it's capacity and your choice. My SSD, SAMSUNG 850 EVO was absolutely blank, might be yours too as well. So, I had to create the partition table before creating disk partitions.

Now many question arises, likeWhat kind of partition table? How many partitions? Is there any need of a swap partition?

Well, if your Laptop/PC has a UEFI based BIOS, and want to use the UEFI functionalities, you should use the GPT partition table.

For a regular desktop use, 2 separate partitions are enough, a root partition and a home . But if you want to boot through UEFI, then you also need to crate a 100 MB or more FAT32 partition.

Of course you don't need a dedicated swap partition, at least what I think. If there's any need of swap in future, you can just create a swap file.

This SSD partitions were created with Gparted on the existing Linux system on the HDD. The SSD was connected to the DVD drive slot with a "Caddy", showing as /dev/sdb here.

Mount the HDD and SSD partitions

At the beginning of this step, you need to shutdown your PC and boot to any live Linux distro of your choice from a bootable USB drive.

The purpose of booting to a live linux session is for copying everything from the old root partition in a more cleaner way. I mean why copy unnecessary files or directories under /dev, /proc, /sys, /var , /tmp?

And of course you know how to boot from a USB drive, so I'm not going to repeat the same thing. After booting to the live session, you've to mount both the HDD and SSD.

As I used Ubuntu live, so just opened up the file manager to mount the volumes. At this point you've to be absolutely sure about which are the old and new root and home partitions.

And if you didn't had any separate /home partition on the HDD previously, then you've to be careful while copying files. As there could be lots of contents that won't fit inside the tiny root volume of the SSD in this case.

Finally if you don't want to use any graphical tool like file managers to mount the disk partition, then it's even better. An example below, only commands, not much explanation.

Copy contents from the HDD to SSD

In this step, we'll be using the rsync command to clone HDD to SSD while preserving proper file permissions. And we'll assume that the all partitions are mounter like below.

Actually in my case, both the root and home partitions were labelled as root and home, so udisk2 created the mount directories like above.

Note: Most probably your mount points are different. Don't just copy paste the commands below, modify them according to your system and requirements.

First copy the contents of one root partition to another.

You can also see the transfer progress, that's helpful.

The copying process will take about 10 minutes or so to complete, depending on the size of it's contents.

Note: If there was no separate home partition on your previous installation and there's not enough space in the SSD's root partition, exclude the /home directory.

For that, we'll use the rsync command again.

Now copy the contents of one home partition to another, and this is a bit tricky of your SSD is smaller in size than the HDD. You've to use the --exclude flag with rsync to exclude certain large files or folders.

So, here for an example, I wanted to exclude few excessively large folders.

Excluding files and folders with rsync is bit sketchy, the source folder is the starting point of any file or directory path. Make sure that the exclude path is properly implemented.

Note: You need to go through the below step only if you excluded the /home directory while cloning to SSD, as said above.

Install GRUB bootloader on the SSD

The SSD won't boot until there's a properly configured bootloader. And there's a very good chance that you'were using GRUB as a boot loader.

So, to install GRUB, we've to chroot on the root partition of the SSD and install it from there. Before that be sure about which device under the /dev directory is your SSD. In my case, it was /dev/sdb.

Note: You can just copy the first 512 byte from the HDD and dump it to the SSD, but I'm not going that way this time.

So, first step is chrooting, here's all the commands below, running all of then as super user.

After successfully chrooting to the SSD's root partition, install GRUB. And there's also a catch, if you want to use a UEFI compatible GRUB, then it's another long path. But we'll be installing the legacy BIOS version of the GRUB here.

If GRUB is installed without any problem, then update the configuration file.

These two commands above are to be run inside the chroot, and  don't exit from the chroot now. Here's the detailed GRUB rescue tutorial, both for legacy BIOS and UEFI systems.

You've to properly update the fstab entry to properly mount the filesystems while booting.

Use the blkid command to know the proper UUID of the partitions.

Now open up the /etc/fstab file with your favorite text editor and add the proper root and home UUID at proper locations.

The above is the final fstab entry from my laptops Ubuntu installation.

Shutdown and boot from the SSD

If you were using a USB to SATA converter to do all the above steps, then it's time to connect the SSD to a SATA port.

For desktops it's not a problem, just connect the SSD to any of it's available SATA port. But many laptop refuses to boot if the DVD drive is replaced with a SSD or HDD. So, in that case, remove the hard drive and slip the SSD in it's place.

After doing all the hardware stuff, it's better to check if the SSD is recognized by the BIOS/UEFI at all. Hit the BIOS setup button while powering it up, and check all the disks.

If the SSD is detected, then set it as the default boot device. Save all the changes to BIOS/UEFI and hit the power button again. 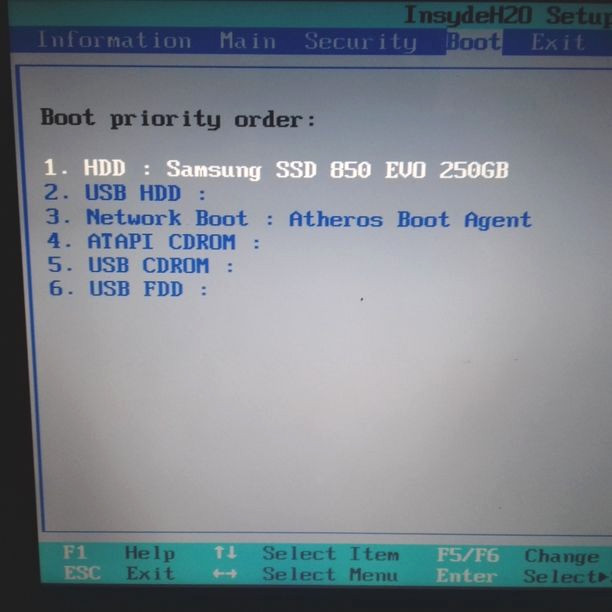 Now it's the moment of truth, if HDD to SSD cloning was done right, then Linux should boot. It will boot much faster than previous, you can check that with the systemd-analyze command.

As said before it's neither the only way nor the perfect, but was pretty simple for me.I got the idea from openwrt extroot setup, but previously used the squashfs tools instead of rsync.

It took around 20 minute to clone my HDD to SSD. But, well writing this tutorial took around 15X more time of that.

Hope I'll be able to add the GRUB installation process for UEFI based systems to this tutorial soon, stay tuned !